RESTORATION OF THE STATUE ”FIGHT WITH ORJUNA” 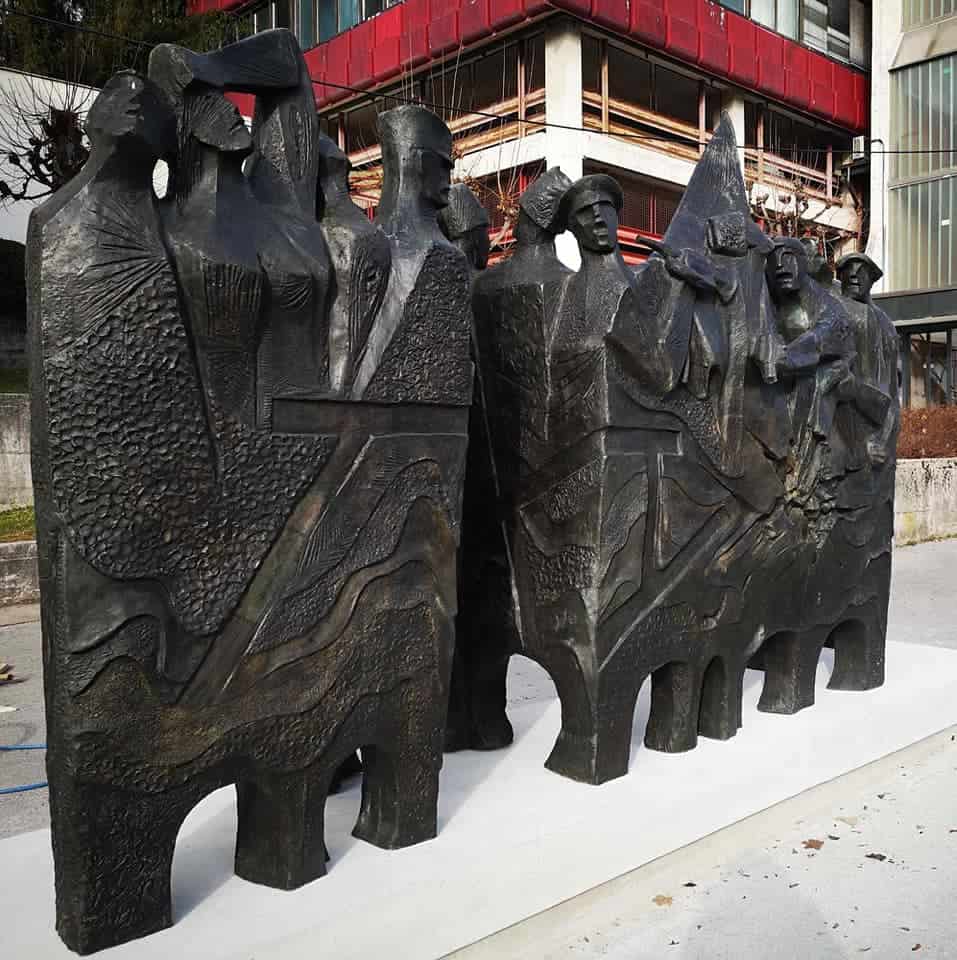 RESTORATION OF THE STATUE ”FIGHT WITH ORJUNA”

Restored statue ”Battle with Orjuna” returned in front of our museum!

After a demanding restoration, today the famous statue of the Battle of Orjuna, which adorns the area in front of the Zasavje Museum Trbovlje, has been returned to its place. The statue has not been restored and cleaned since it was set up in 1974, so the restoration was really needed. In addition to the statue, the concrete pedestal on which the statue is placed was also repaired.

One of the most important sculptures in our city has once again shone in all its grandeur, as the golden details that make the statue even more special are visible again.

You can find out more about which cookies we are using or switch them off in settings.

This website uses cookies so that we can provide you with the best user experience possible. Cookie information is stored in your browser and performs functions such as recognising you when you return to our website and helping our team to understand which sections of the website you find most interesting and useful.

Strictly Necessary Cookie should be enabled at all times so that we can save your preferences for cookie settings.

If you disable this cookie, we will not be able to save your preferences. This means that every time you visit this website you will need to enable or disable cookies again.